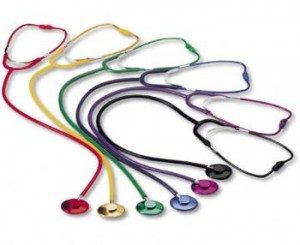 A recent report on breast cancer shows once again that the LGBT community is lacking in proper health care, but who exactly is to blame?  A look at the politics of the community and the discrimination factor of others, shows that many are to blame, including the LGBT community themselves.

A report from Medical News Today shows that there is an increased risk for breast cancer amongst lesbian and bi-sexual women. A lot of the factors involved have to do with a lack of preventative care and other factors that have an affect on the group more than heterosexual women. These factors include things such as smoking, drinking,  obesity, and  a lack of child bearing before the age of 30.  The biggest factor is a lack of screenings to help with early detection.

The LGBT community is often times ostracized in many ways, and this is no different than when it comes to the health care industry. Despite the oath of doctors and nurses, there is still a very large discrimination factor involved when it comes to patient care. Many let their own beliefs and politics get in the way when it comes to treating LGBT patients and understanding their needs.  This creates a situation in which many in the LGBT community don’t even want to bother with seeking health care services even though; just like everyone else, they should. It’s a unhealthy and sometimes fatal situation, but not just doctors and care providers are to blame.

For many it’s not just the lack of being able to find a care provider however. Sometimes it’s something as simple as not being able to get insurance to pay for their health care. Many insurance companies will not allow domestic partners to be a part of a policy. This is a discriminatory factor not just for the LGBT community, but many heterosexual couples as well who choose not to get married. The LGBT community doesn’t have a choice however and it greatly effects a situation to where one person in the relationship is working and the other may not have a job that has health insurance. It creates a situation to where one is weighing the grocery bill over getting a mammogram.

There are answers though when it comes to health care depending on the state you live in. Insurance companies like Cigna have partnered with LGBT groups to provide insurance for individuals and families no matter what the family unit is made up of. For areas in which certain companies aren’t able to provide insurance services, there are plenty of advocacy groups and local health care sources that can be found online with a simple search. The Gay and Lesbian Medical Association is a great tool and has a Lesbian Health Fund to help those in need. It’s one of many community based resources out there that can ensure that individuals get the proper care they need, when they need it.

“Until LGBT cultural competence training is mandatory for all staff in all facilities, discrimination against LGBT people is outlawed in all 50 states and health insurance becomes a basic human right, our screening rates will remain dangerously low. ‘I treat all people the same’ erases the extra challenges lesbians face in accessing health care”

This type of talk is dangerous for the LGBT community and very ignorant of the people out there who are willing to help. With people like Ms. Margolies out there, it’s no wonder that many are scared to go out and find a provider. Lucky for the LGBT community however her opinion is just that and it doesn’t stop people from being able to get the health care they need.  There are plenty out there however with that opinion and that attitude who preach to others. Instead of helping the community, they use their own bitterness to strike fear into others which can prevent them from even seeking the preventative care they need. This is a sad disservice to a community who is not only harmed from people on the outside, but on the inside as well.

The LGBT community needs to wake up and realize that there are good people out there who are ready to help. There is no excuse for not getting an annual mammogram, pap smear, or other preventative health tests. While discrimination does exist, there are plenty of people out there willing to help if you’re willing to look for them. With time and education more and more resources will become available. Many in the LGBT community are training to be doctors and nurses themselves which will ultimately lead to more health care options and a healthier community for everyone. After all, everyone deserves a market of health care professionals that can serve their needs. Just as many men and women prefer doctors of the same sex in many cases, it plays the same for those who may not only want to find LGBT friendly doctors, but ones who are a part of the community themselves.

Society has a long way to go before it will ever be all inclusive, especially when it comes to the world of health care. It is getting there slowly but surely, but in the mean time it’s good to stay educated and up to date on who is out there and what services are available to all communities and groups. Education is the key to knowing what’s available, no matter what community you may or may not be a part of. The resources are there. People just need to be willing to look instead of let ideas of discrimination bring them down. After all, their health depends on it.

Breaking News: The Media Doesn’t Care About You! →